Recently preserved films showing life on Alaska’s Pribilof Islands prior to WWII are now available through the Alaska Film Archives at University of Alaska Fairbanks (UAF).

Totaling more than 3.5 hours, the films were shot by L.C. McMillin during the 1930s and early 1940s while McMillin was employed by the United States government to oversee the Pribilof Islands and the Aleut, or Unangax̂, peoples who lived there. The films were generously donated by McMillin’s family to the Alaska Film Archives in 2017, but were in dire need of repair before they could be viewed.

Funding from the National Film Preservation Foundation covered a significant portion of preservation costs. Unangan, including elders, from Saint Paul Island and Saint George Island, as well as representatives of APIA, provided valuable insight into the activities depicted in the films, which are all silent.

The tiny Pribilof Islands of Saint Paul and Saint George, located in the Bering Sea off the southwest coast of mainland Alaska, have a rich yet troubling history. According to Anthropologist Dr. Douglas Veltre, Russian fur traders forcibly relocated Unangax̂ peoples, mainly from Atka and Unalaska, to the Pribilof Islands to hunt fur seals during the late 1700s. When control of the islands transferred from Russia to the United States during the 1867 Alaska Purchase, these Unangax̂ peoples were made wards of the government by the United States, a situation that continued even past the era of WWII. As wards, most aspects of their daily lives were tightly controlled by government authorities. Nonetheless, the spirit and culture of the Unangax̂ people endured.

The films reveal the rugged beauty of the islands and the resilience and tenacity of the Unangax̂ people who lived there. Scenes of community activities include men maneuvering boats and hauling cargo, celebrations with foot races and other games, men moving rocks and building roads, wedding ceremonies, men and women harvesting ice and carrying drinking water, baseball games, Russian Orthodox church processionals, and young people rock-climbing to hunt for eggs. There are also numerous scenes of seals, fox, seabirds, reindeer, wildflowers, coastlines and ocean travel.

Several of the original films were in an advanced state of deterioration and couldn't be unwound from reels without cracking and curling. During 2020 and 2021, the original 16mm films were scanned using specialized equipment by Reflex Technologies of Burbank, California, and output to new film stock by Video & Film Solutions of Rockville, Maryland.

The original films, new prints and digital files are all being preserved and maintained in climate controlled vaults and on a dedicated digital preservation system by the Alaska Film Archives, a unit of the Alaska & Polar Regions Collections & Archives department in the Elmer E. Rasmuson Library, University of Alaska Fairbanks.. For more information, please contact Film Archivist Angela Schmidt of the Alaska Film Archives at University of Alaska Fairbanks: ajschmidt@alaska.edu 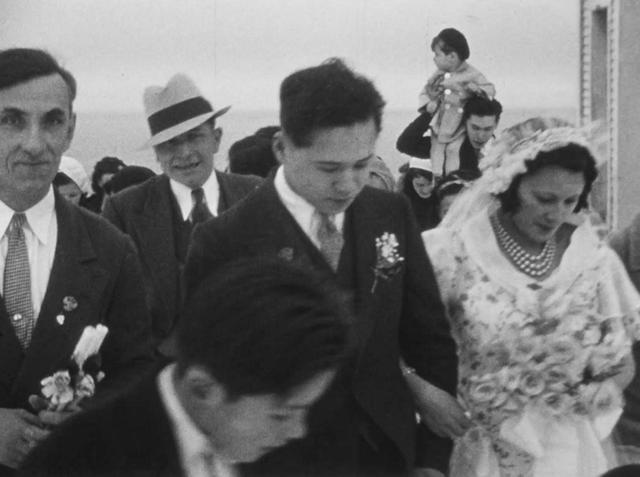